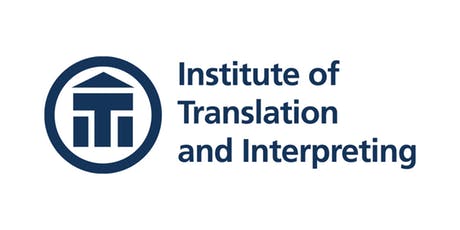 - Yelena McCafferty MITI is a Russian translator and one

of the coordinators of the ITI Interpreters’ Development Network.

"Paul dispelled a myth that the difference between some pairs of vowels is in their length (for example, as in ‘slip’ and ‘sleep’), demonstrating that the difference lies, in fact, in their quality. He went on to explain how general British pronunciation has been changing over time, citing the development of /tj/ into /tʃ/ in words like tube, Tuesday, and tuna, and /dj/ into /dʒ/ in words like due, duty, during and so on. It is now argued that the previous pronunciations are beginning to sound old-fashioned and over-careful, and that these pronunciations should no longer be taught to people learning English. For me personally the most interesting part was to do with attitude to accents and ways to work on one’s accent. The social evaluation of accents used in English has been studied since the 1970s with relatively consistent results. Accents were assessed for the speaker’s social attractiveness (sounding kind/nice) and prestige (being intelligent/educated). Over decades findings have been relatively the same: received pronunciation (RP) is rated positively for prestige, while foreign and regional accents are rated negatively. However, when it comes to social attractiveness, regional accents are rated positively, but received pronunciation and foreign accents are viewed negatively. The reason for foreign accents being judged negatively for prestige and social attractiveness lies in social psychology. Paul talked about the terms ‘in-groups’ and ‘out-groups’. A person with a foreign accent belongs to a different group: he/she is an outsider, a suspect, so on the psychological level, such accents are treated with suspicion. At the same time, Paul pointed out that 1970s recordings of received pronunciation are now considered old-fashioned and indeed more upper class; contemporary RP has a more modern sound. The tendency is now to refer to modern mainstream RP as General British (GB)."

"This training is an absolute must if your company is working with clients and you have international staff: it helps the director establish and maintain proper communication standards for the employees and helps the personnel gain all the required knowledge and language skills they failed to learn on other language courses. Would definitely recommend it to any international company in the UK!"

"Despite having lived in the UK for more than 15 years I still had some issues with my pronunciation, which was not helping me in my everyday work with my British colleagues. In 2017 I decided to take a one-to-one accent reduction course as part of my CPD training, which was approved by my employer. As a result of this course I improved my language skills and competences and ultimately gained more confidence in every day business communication, including communication with high profile native speakers of English. I was so happy with the results of my initial course that I moved on to the next level accent reduction training with Pronunciation First. Highly recommend!" 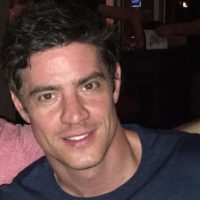 "Having lived in English-speaking countries for more than 12 years and having previously taken an accent reduction course with another certified specialist / native English speaker, I did not notice any improvements in the clarity of my English, nor obtained any useful take-aways for future self-studies. At some stage I came across Tamara’s interview and from the interview I obtained more insights on how accent works than from the whole course that I had previously completed. From the start of my lessons with Tamara, I was impressed by Tamara’s professionalism and approach to lessons. Not only she equips you with a whole set of pronunciation rules but also meticulously monitors and brings to your attention the pronunciation errors that you make and highlights the improvements. I was surprised by the type of obvious errors in pronunciation that I used to make wondering why people did not understand me; thanks to Tamara’s support I could rectify these short-comings, significantly improving quality of my communication in English. Some of her other valuable corrections and advice are by now engraved in my memory and I keep introducing them in my daily communication. Based on my experience, Tamara is in the league of her own in the accent reduction profession." 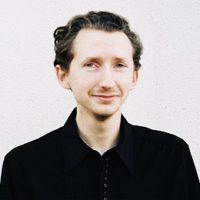 "Last year, when I was doing a course of English in London, I found out that my pronunciation was not improving in any noticeable way. English schools are focused more on basic things like your ability to understand and to express yourself, rather than on doing it in a perfectly correct way. So I was looking for an additional course to support the main one, and in the end I stuck to the one-to-one course provided by Tamara Prokofyeva of Pronunciation First. When it comes to pronunciation, it seems that classical format of mid-size groups does not work well. You need a teacher who is going to pay a lot of attention to your individual situation (it depends on your mother tongue, your ability to mimic sounds of other language etc.). Right after a few lessons I discovered a whole new world of sounds and hidden aspects of spoken British English, which you would never notice on your own. I continue to study with Tamara even after finishing my course at language school, and I would definitely recommend her as a highly competent accent coach."

"Unfortunately, I bumped into Tamara’s service a bit late, I wish I knew about it right after coming to the UK for my studies. Honestly, my “Russian English’ sounded awful, and only after starting classes with Tamara I realized how bad the situation was and how tolerant were those British people who stoically were enduring the ordeal of listening to me:) Speaking seriously, Tamara’s course is not only about correcting an accent, it is also about proper pronunciation, stress, modulation etc. All these factors do matter! All in all, if you are a foreigner who recently moved to the UK, and your professional ambitions lie in native-English speaking environment – this course is a must" 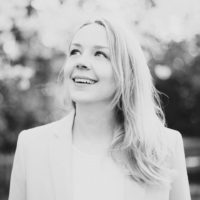 "Tamara carefully structured each of my lessons so that as I progressed and moved on, each lesson linked to the next. This helped my understanding as I was not only learning new material but also practicing material I previously learned. It genuinely surprised me how impressed my friends were when hearing my improved accent and pronunciation. Now, I feel so much more confident when speaking and I am much more open to having conversations with new people. I fully recommend Tamara’s lessons to anyone that wants to overcome their ‘accent barrier’ and improve their articulation to avoid ambiguity. I am very happy that I’ve been able to take this course with Tamara and I am truly grateful to her for her good tutoring, attention to detail and personal approach. " 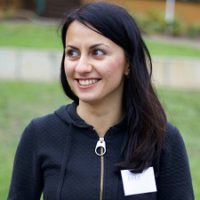 "I met Tamara at Saint-Petersburg State University when I was doing my first year as a linguist. Her course in phonetics was a compulsory subject and the very beginning of a 5-year-long journey, and upon its completion I became an interpreter and an English teacher myself. This course was very well designed and organized, and I must say Tamara was a highly professional teacher, passionate about explaining the difference between similar sounds and intonations in a lot of details. She took time for everybody to practice each sound and intonation pattern separately, patiently helping us to develop better speaking skills. This course laid the foundation of my future success in becoming a professional teacher of English in Australia. I would absolutely recommend to take this course to all students, from beginners to advanced level, as it will highly benefit your studies or career. " 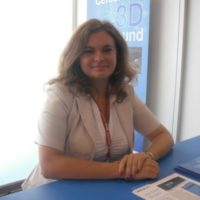 "Pronunciation is a very important aspect that to a great extent defines how well we speak a foreign language. It is the first essential thing that forms the first impression when you start speaking. The good thing about pronunciation skills is that they can be improved and this is exactly what happened to me at our classes with Tamara Prokofyeva when I was a first year student at Saint-Petersburg State University (Russia). She always explained every detail about all the sounds, their specific features and the way they should be pronounced. At our lessons we practiced extensively with various materials and recordings. I absolutely owe it to these lessons that my pronunciation greatly improved and allowed me among other things to eventually become an interpreter."

"As life coach and public speaker, my communication skills are an extremely important asset. I’m often invited to speak about success and personal development, and I coach high-income earners and powerful influencers, so I needed to make sure that I can communicate in the most effective and confident way possible. Tamara has been such a great and patient tutor, and she helped me develop my skills to the level I needed it to be. Her knowledge about accents is not only practical, but also conceptual, and it helped me understand where my weaknesses were, and exactly how I could improve them. I invest a lot in my own personal development, and having Tamara tutor me was definitely a worthwhile investment" 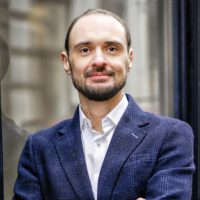 "Having lived in many countries I had a mixed English accent, some of it was American, some British, some Russian and some European. So it was a jumble when I spoke. I wanted to bring order to my language. Tamara showed me all the areas where I needed to change my pronunciation to speak with a proper British accent. With her help I learned to hear myself talk (and listen to how others spoke). This opened up a new universe of pronunciation to me, of being able to self-correct and change the sounds coming out of my mouth. When I speak now, I feel much more confident and enjoy having a British accent. The sessions were hard work, but also very very funny. I am very grateful for her excellent guidance and tutoring!" 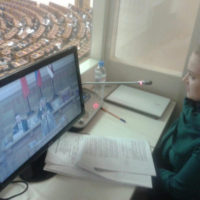 "For me, Tamara Prokofyeva has always been the symbol of Britishness and accent perfection. And whenever I discuss with someone the question of “being perfect in a foreign language” I always say that she is the only Russian speaking person I know who can be proud of speaking a foreign language without a trace of her native accent. To my mind accent is a very important aspect which gives people the idea of who you are. It shows the attitude and quality, as well as respect for the culture and the language you speak. It is a sort of a business card for a person. And finally, it allows people to whom you speak relax while listening to you and not pay attention to other possible mistakes which we all inevitably make in the process of learning. Tamara is my first phonetics teacher, and I can definitely say that her one-year phonetics course at St. Petersburg State University gave me much more than any other English teacher’s course in my entire life, for which I am very grateful to her. I think of her practically every time I speak English. It helps me tune into her style. And every time I do, I feel grateful. I studied other languages after English, and whatever language it was I used the same articulation principles and approaches she introduced to us in class, helping me achieve very good results in the end. But the most pleasant thing was to hear a question from one of my British clients after a mere 5-minute conversation, “Are you British? Your English is perfect”. To be honest, my English is not perfect, but that was the impression my pronunciation made. Now, whenever I don’t use English for a while my pronunciation becomes worse. Still, whenever I need it, I improve it using Tamara’s methods, because now I understand how the system works. She is a real accent guru and master and I am very proud to have been her student."